The indigo plant (indigofera tinctoria), which is native to the tropics, produces one of the best known natural dyes.  The name comes from the Greek word, indikon, or ‘India dye’.  It was well known in the ancient world–a Mesopotamian cuneiform tablet has a recipe for creating the dye.  Although the plant could not grow in Europe, other plants were grown, i.e. woad, to produce a similar, but lower quality dye.  In the United States early settlers were able to grow the indigo plant throughout the south.  In fact, Ben Franklin took 35 barrels of indigo to France to ask for their support of the American Revolutionary War in 1776.  Indigo was sometimes known as “blue gold”.

Indigo dye comes from the leaves of the plant which are fermented (to convert the glycoside indican to the indigo dye) and then mixed with lye and formed into cakes or powders.  It produces a blue/blue violet color which is beautiful in clothing, decorating and painting.  Quilts with indigo dyed fabrics continue to be among the ‘best sellers’ in the antique quilt market.  Here are some examples from online auctions: 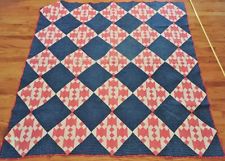 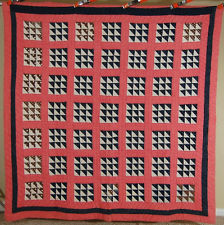 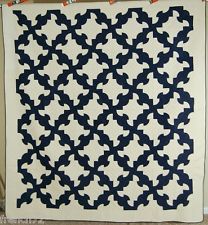 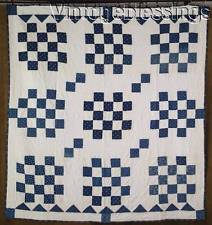 I am an AQS Certified Quilt Appraiser, Longarm Quilter, Quilt Historian and Teacher in the Holmen and greater La Crosse, Wisconsin area.